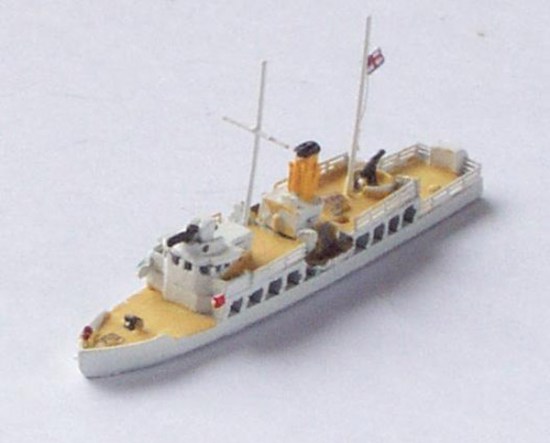 HMS SANDPIPER was the smallest river gunboat built for service on the Yangtse with an extremely shallow draught of 2 feet 1 inch - less than her own motorpan. She was transferred to China in 1942 and became the YING HAO, and it is believed she was still in service in 1949, perhaps even later.