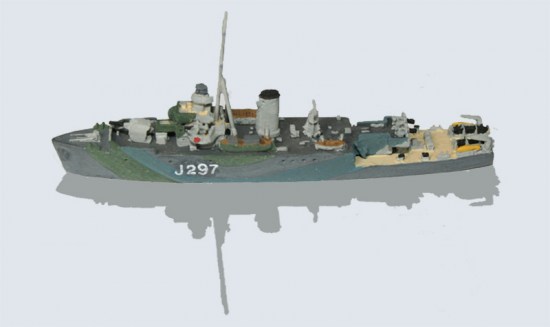 HMS RATTLESNAKE was one of the eighteen of the V.T.E. (reciprocating-engined) ships of the large, ALGERINE class minesweepers. The VTE ships were built due to a shortage of turbine engines which powered 27 of the class. A further 62 VTE ships were built in Canadian yards. Both the VTE and turbine ships were identical externally.